Why Should I Visit Japan?

While you can read about the many highlights of this trip in this article, I like to give you a short summary here:

For somebody who has traveled the world, Japan was a superb experience as this country is so different from everything else we have experienced.  Japan is a very modern and technology driven country and yet you will see that Japanese pay immense tribute to their history and preserve hundreds of years old customs and behaviors.  Japan is extremely clean, everything is styled to an extreme to look just about perfect and the Japanese people are reserved but very friendly and well mannered.

I think Japan should be on everyone’s bucket list.

Seeing all the highlights of Japan in two weeks is absolutely impossible.  So, we decided to see a diverse set of attractions but with a focus on Japanese history.

Tokyo with its high tech charm and its busy people was our first destination.  After that we visited cities that were very important in Japan’s imperial history (Kyoto, Nikko, Nara), rural and historical Japan (Takayama), scenic and artistic beauty of Japan (Hakone).  As we had rain in the forecast in Kyoto and were templed-out, we added bombastic historic architecture (Himeji) to our destination list.

We did not go in April for cherry blossom as it is difficult to time in advance and the weather in some of our destinations would not have been that good in April.  We decided to go in late August/ early September as the weather is most favorable during that time.  The itinerary includes Himeji which we added last minute.

Visit Japan without a car

Japan has long been on our Must-See list of countries for a long time.  We fulfilled our dream and wrote our Japan Purple Guide to tell you about our experiences and help you plan a memorable and relaxing vacation trip to Japan. There is no need to rent a car for your Japan trip.

Getting around in Japan, for somebody who cannot speak or read Japanese, has some challenges, but is doable.  Japanese people are very friendly and polite, but many either don’t speak English or are too shy to speak English.  Also, street addresses in Japan are not necessarily logical or in chronological order in Japan.  The good thing is, however, that google maps is reliable.  So, in our Backpack and Snorkel Travel Guide for Japan, we provide google maps addresses.

Planning a Trip to Japan and Japan Rail Pass

We had two weeks for our trip to Japan.  There are three things that I need to make you aware of when you plan your trip:

1. Temples and shrines in Japan

When I prepared the itinerary, I got overwhelmed by the amount of temples and shrines in Japan.  If you follow what travel guides and people on the internet tell you, then you many not do anything else but rush from one temple or shrine to the next as each one is describes as being better than all others.  I had already cut down on temples and shrines, but have still overdone it.  After a few days, my wife told me that she was templed-out and I pretty much had to beg her to at least see one per day.  When you are reading this, don’t make the same mistake that I did.  Select your temples and shrines wisely.  I do my best to help you with this monumental task.

In retrospect, I loved all the temples and shrines but yes, I could have cut even more than we did.  They are all nice, but some are not as great as people claim they are and many are actually quite repetitive.

I love history and I love to visit historic places.  We were in Berlin, Germany a few years before our trip to Japan and we went to a museum and historic sites depicting the crimes against humanity of the Eastern German regime.  Reading this and seeing films about people trying to flee Eastern Germany and being gunned down while they were running for freedom took a heavy toll on my wife.  That’s why I decided to not go to Hiroshima or Nagasaki.  For everybody else, even though I have not been there, I have only read good thinks about visiting these two cities and I hope to go there at some point in time in the future and I hope that you go there and tell me about it.

Unless you only stay in one city, plan to drive a car or have somebody to chauffeur you, you will likely take some of the excellent long distance trains in Japan.  Rail travel in Japan can be expensive.  For foreign visitors, however, there is an excellent option to reduce cost on rail travel and that is the Japan Rail Pass.  We got our Japan Rail Pass from this website (https://www.japan-rail-pass.com/) and I could not have been happier with it.  They even include a free booklet with useful information when they mail you the passes.  Please visit this website to get all the details and prices.

In short, here is how the Japan Rail Pass works:

The JR Pass or Japan Rail Pass gives foreigners free access to almost all trains on the JR railway network as well as JR Kyushu, JR Shikoku, JR West, JR Center, JR East and JR Hokkaido, and some JR operated ferries and buses and the Tokyo Monorail connecting Haneda Airport to Hamamatsucho Station, but not to private rail companies for the duration of either 7 days, 14 days or 21 days.  The “normal” 'Hikari' or 'Sakura' Shinkansen are included, but not the super high speed 'Nozomi' and 'Mizuho' Shinkansen and sleeper cars are not included either.

The table below shows you my calculation.  Let me explain this table to you:

All the fares in the table  are per person.

Our rail travel was from August 28 to September 7.  This is longer than 7 days and shorter than 14 days.  So, the challenge was to find the best start and end day for the 7 day pass that we were going to buy.

I looked up the trains and fares for all of our rail travel on http://www.hyperdia.com/en/

The fares are shown in the 3rd column in Japanese Yen.  For the whole duration the fares would have amounted to 55810 Yen per person.

Click on the images below to find the best things to see and do, itineraries, maps, locations, attraction websites and hotel & attraction reviews of these popular destinations.

As we were so fascinated by all the plastic food in the Japanese restaurants, I have added more photos at the bottom of this page.

Please let me know what you think and if you have any questions, comments or recommendations.

Japan is spelled 日本 in Japan and pronounced “Nippon” or “Nihon”.

“日” means “sun” or “day” and “本” means origin; adding both words together gives “日本” the meaning of “the origin of the sun” and not, as often believed in the western world “land of the rising sun”.

The English word Japan likely comes from “Japun” or “Japang”, which is an old Malay word for Japan.

Japan is an archipelago of 6852 islands, but the five main islands Hokkaido, Honshu, Kyushu, Shikoku, and Okinawa make out 97% of the country's land area of roughly 146000 square miles (3870000sq km).  More than 99% of its population of 126 million people live on those 5 islands.  That makes Japan one of the most densely populated countries in the world and, as more than 90% of its population live in urban areas, Japan is also one of the most urbanized countries in the world.

Japan is located on the Pacific Ring of Fire, which can cause earthquakes at any time.  Due to the constant threat of earthquakes, historically high death tolls, Japan is probably the one country on the planet that is best prepared to deal with them.  Buildings need to pass stringent building codes, trains will automatically stop and the population is trained to deal with the threat.  Sadly, even the best preparedness did not prevent the Fukushima catastrophe in 2011.

The whole country of Japan is on Japanese Standard Time (JST) and does not observe daylight savings time (DST).  You can find the current time here: https://www.timeanddate.com/worldclock/japan

Japan has a mostly temperate climate, which varies strongly from the North to the South.  I have included detailed climate information in the individual destination pages.

Generally, the rainy season starts in early May in Okinawa (South) and then slowly travels north until it reaches Hokkaido (North) by the end of July.  Typhoons often hit Japan in late summer and early fall and can bring drenching rain.

Japan has a long history which is rich in highlights and lowlights.  Here is a very brief look at Japan’s history with special attention to the places we visited:

We were so amazed that Japanese restaurants:

that we just had to add these photos to give you an expression of what to expect.  Enjoy! 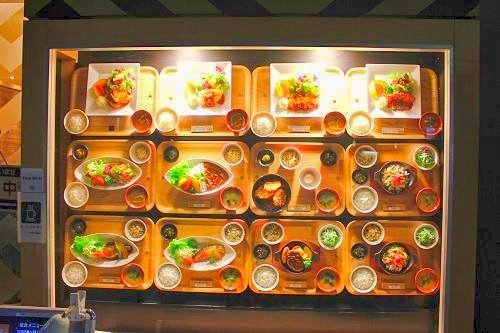 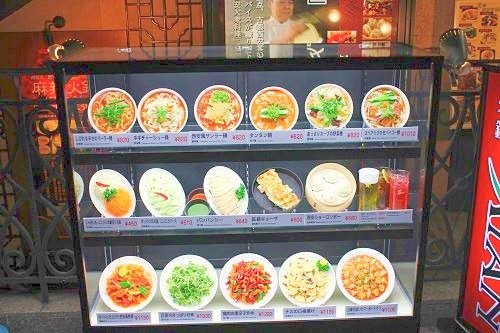 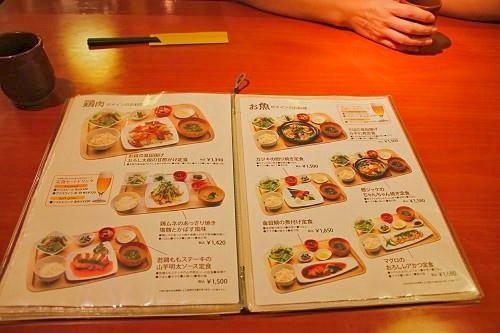 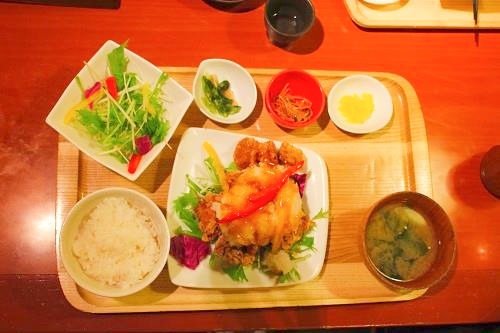 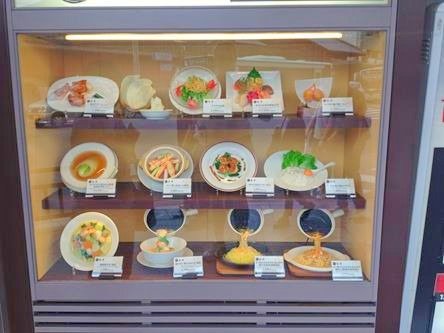 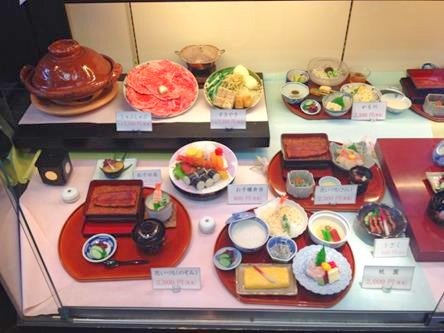 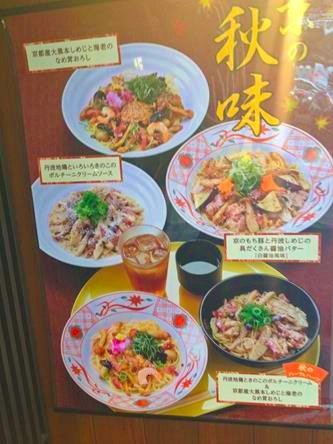 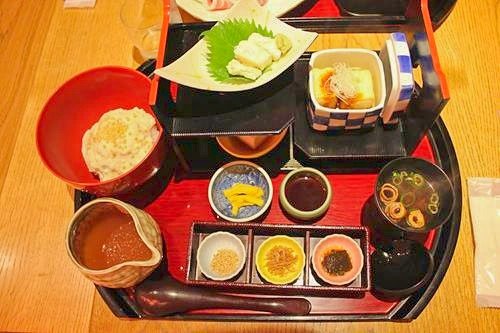 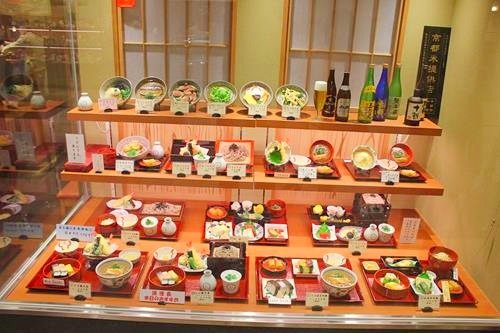 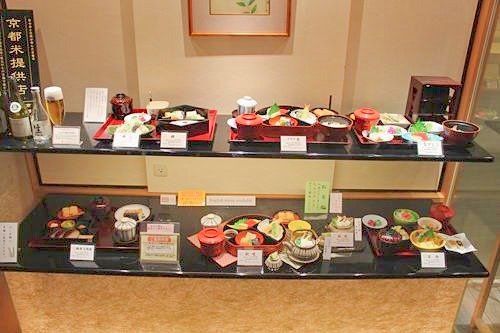 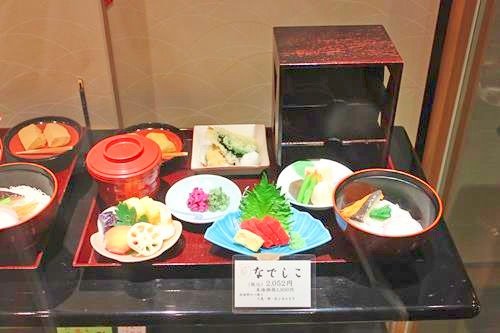 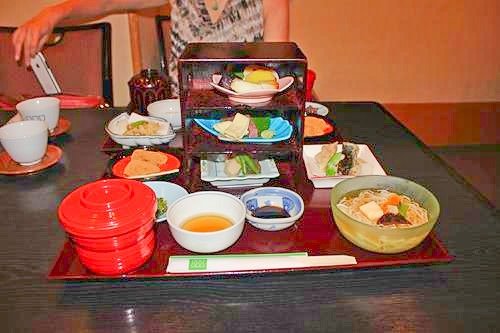 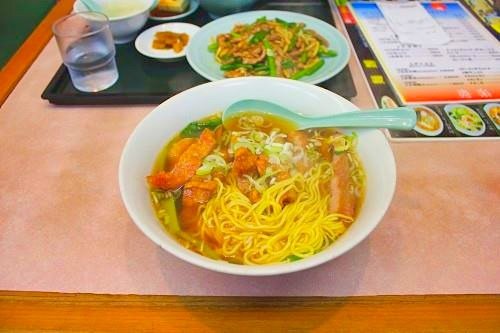