Why you should visit the Cayman Islands

The Cayman Islands are known for their beautiful white sand and turquoise water beaches and excellent snorkeling.  Seven Mile beach is one of the best beaches on the planet, but there are many more gorgeous beaches.
Have you ever dreamed of going to Hell and sending a postcard from there?  Wait no more, Grand Cayman has you covered.

The Cayman Islands are an autonomous British Overseas Territory in the Caribbean.  They comprise the islands of Grand Cayman, Cayman Brac and Little Cayman.
The islands are a major financial center and tax haven for international businesses and wealthy individuals, and have been blacklisted by the EU.  Historically, the Caymans have always been a tax-exempt location, and the government has always relied on indirect instead of direct taxes, like 22-25% duties on most imported goods and work permit fees.  There was never an income tax, capital gains tax, or any wealth tax.
The population is approx. 68,000 and, interestingly, the Cayman Islands have more registered businesses than people.
Foreign citizens can work on the Cayman Islands, but obtaining the work permit is a bureaucratic process, there is a time limit of 9 years, and foreign nationals pay a hefty annual work permit fee.  This fee is often in a similar range to an income tax that other countries have.  So, officially the Cayman Islands don't have an income tax, but they get their money anyway from foreign workers.
The Governor is appointed by the Queen of the United Kingdom and could exercise complete legislative and executive authority through a blanket power that the constitution provides.

The discovery of the islands is credited to Christopher Columbus on May 10, 1503 on his final voyage to the Americas as no archaeological evidence for an indigenous settlement has been found.  Columbus named the island "Las Tortugas" due to the many turtles that he found on the islands.  The turtles were hunted to near extinction and people started referring to the islands as the Caymans, after the caimans found here.

England took control in 1670, but failed to establish successful settlements until 1734 in the developing pirate haven on the islands.
In June 1863, the Cayman Islands became a dependency of the Crown Colony of Jamaica and that status lasted until 1962, when the Caymans reverted back to direct British rule while Jamaica became independent.

The Cayman Islands lie in the hurricane zone and, on average, the islands get hit or brushed by a hurricane every 2.2 years.
The climate is characterizes as a tropical wet and dry climate and the wet season from May to October, while the dry season runs from November to April.

Tourism is a major source of income on the Cayman Islands.
The number one tourist attraction on Grand Cayman is Seven Mile Beach, which was voted one of the best beaches on the planet many times.  A major site to see, especially for cruise ship passengers, is Hell.  After all, who does not dream of sending/receiving a postcard from Hell?
Another major attraction is Stingray City, where you can swim and snorkel with stingrays.  Snorkeling and diving are other major tourist draws.

Georgetown has a cruise port and lots of tourists arrive here as part of a cruise.  Please also check out Rudy's Cruise Guide for Beginners & Others.

Cruise ships typically offer excursions which comprise of one or more of the following activities:

The Cayman Islands have many wonderful beaches and it is difficult to make rank them.  The best thing is to take your time and visit them all on an extended vacation.

This is basically a lava field with interesting sharp lava formations that you can watch from a wooden walk but you can get into it.  There is also a gift shop where you can buy souvenirs and you can mail you and your friends a postcard from Hell. 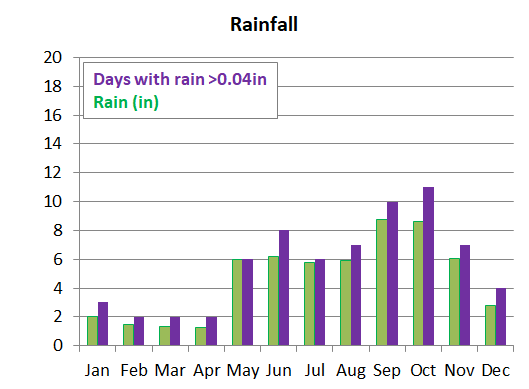 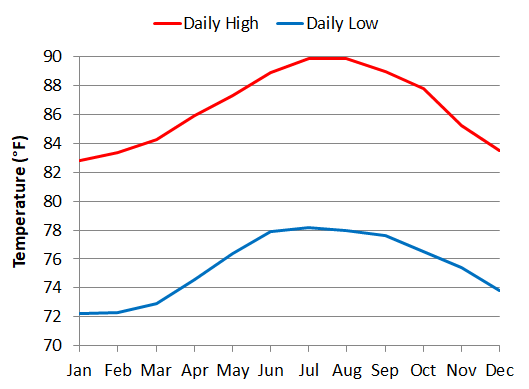 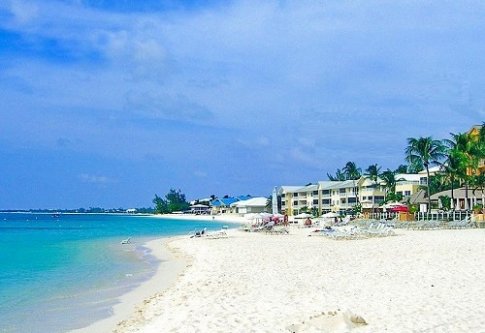 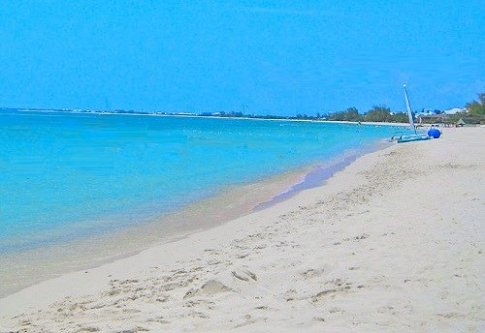 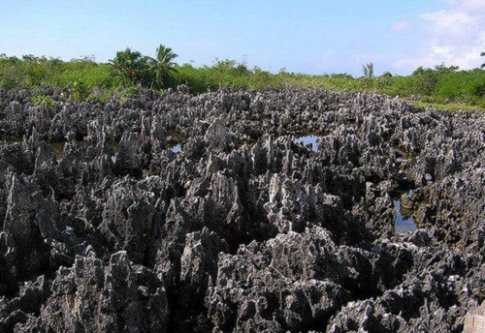 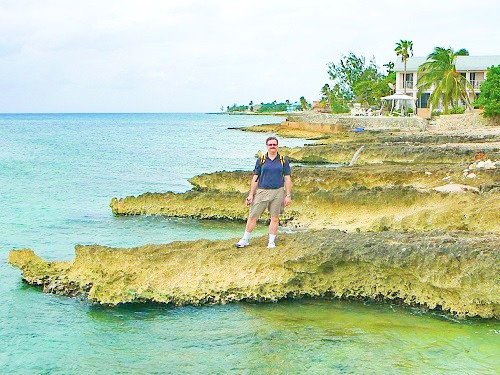 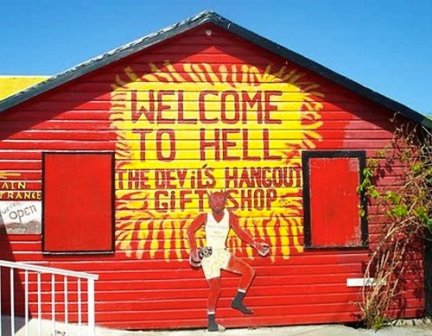 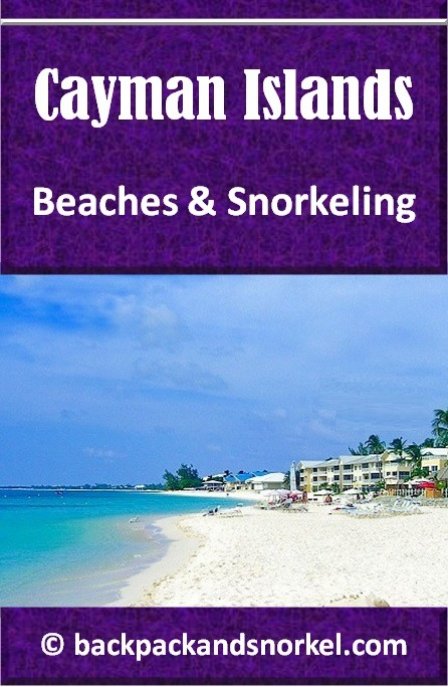 Stingray City Sandbar is around 4-foot deep and sheltered behind a reef.  It is safe to stand and observe the stingrays.  There are multiple registered tour operators that bring you there at the cruise port.
Your tour operators will teach you how to behave properly around the stingrays so that you and the stingrays are safe.  The stingrays are wild and have a dangerous ray that they use when threatened, but they are used to human interaction for many years and they are safe to touch and to swim along with and you can get a chance to feed them.

This is the Cayman Island's largest land-based tourist attraction (23 acres) and it sees more than 200,000 visitors per year.
Many visitors only stop at the Turtle Centre where they have the ponds and tanks in different age classes and the breeding pond.  If you buy the full access ticket, then you can swim & snorkel with turtles in the lagoon and visit the aviary. 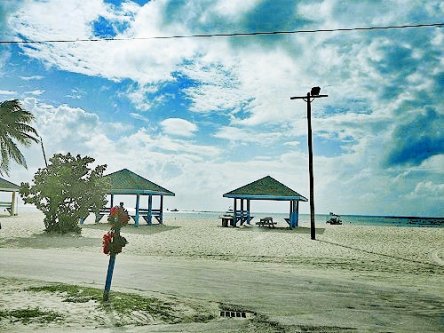 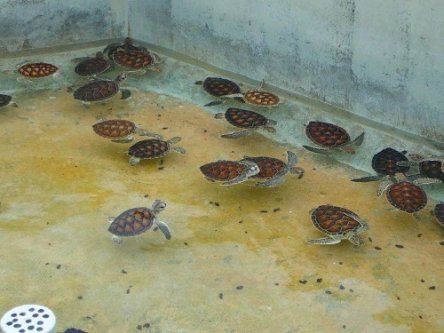 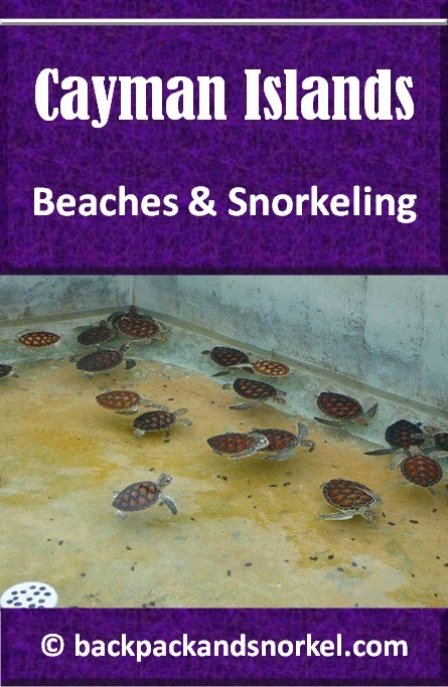 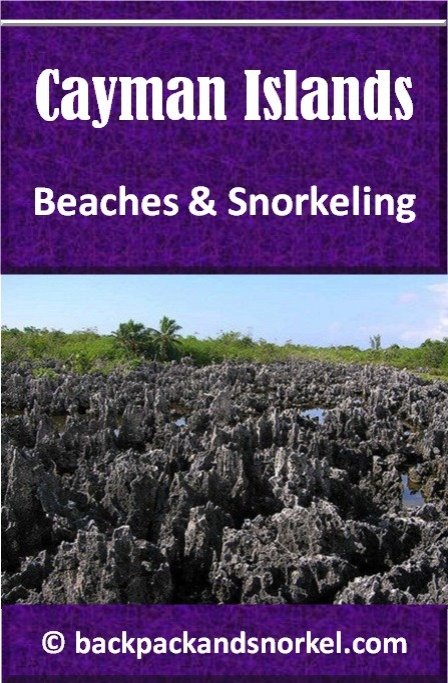 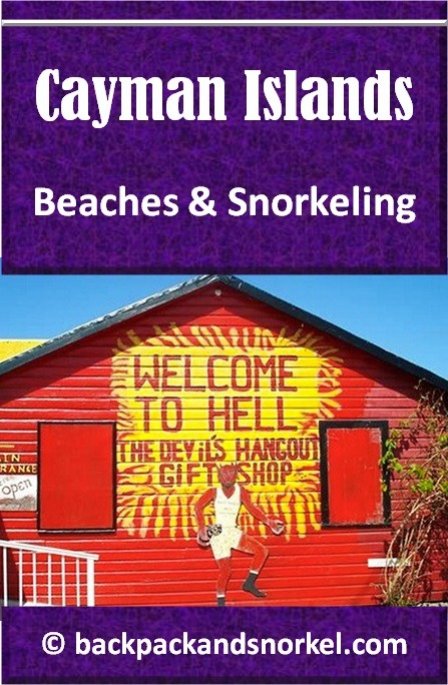 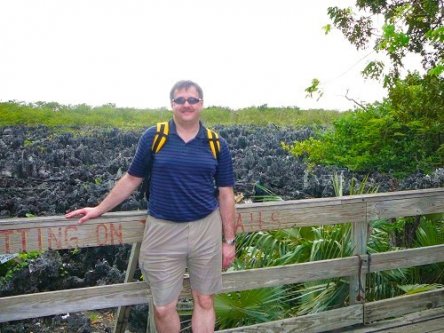 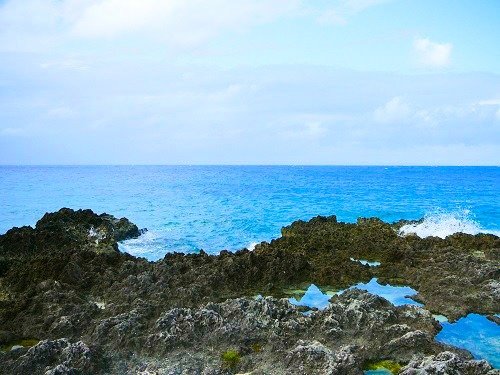