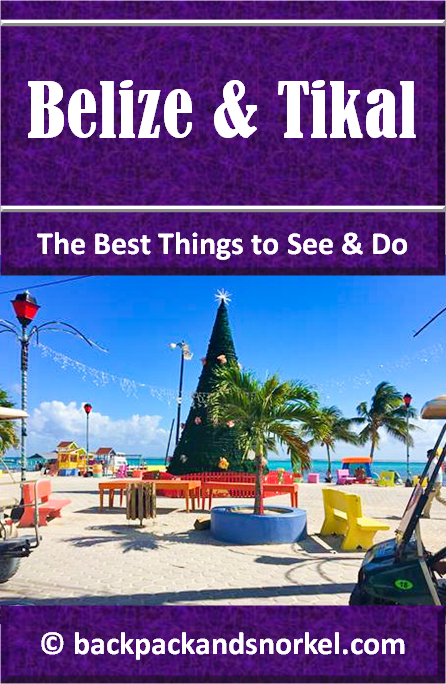 Belize is a small country of 8,867 square miles (22,970km2) and a population of about 420,000 people which borders Mexico in the north, Guatemala to the west and south and the Caribbean Sea to the east.  It is the country with the lowest population in Central America and the only one where English is the official language.  Belizean Creole is, however, the most widely spoken language in Belize.

The Mayas started settling here at around 1500 BC. 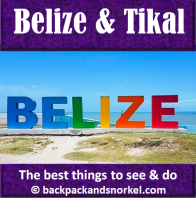 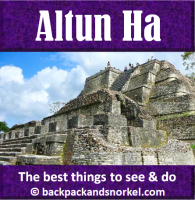 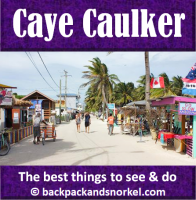 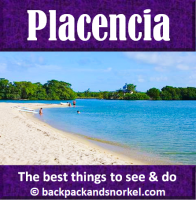 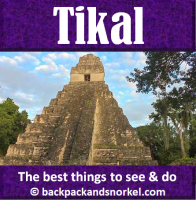 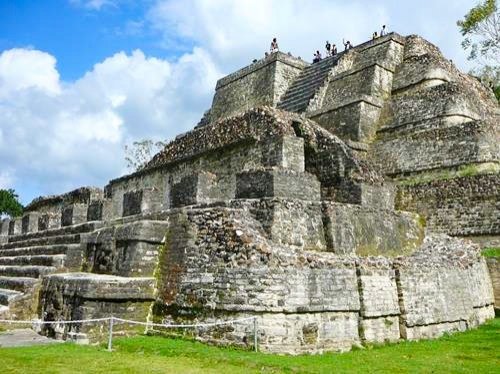 Christopher Columbus arrived in 1492 and the first English settlers arrived in 1638.  Belize was originally claimed by Spain and Britain until England defeated the Spanish in the Battle of St. George's Caye in 1798.

In 1840 the land became a British colony and was known as British Honduras.  It was renamed to Belize in 1973 and it took until 1981 until Belize became independence from the UK.  It is important to note that Guatemala is claiming much of Belize’s territory as its own.

This dispute goes back more than 150 years and is the reason why Britain still has soldiers stationed in Belize – to prevent Guatemala from forcefully taking Belize which only has an army of about 1,400 people.

Fortunately, both countries have refrained from taking violent action and asked the International Court of Justice in The Hague, Netherlands to settle the dispute.  Arguments are currently being prepared for this.

Belize is only about 174 miles (280km) in its north-south direction and about 62 miles (100km) east-west, but it is a very biodiverse country and home to more than 5,000 plant species and hundreds of animal species.  About 37% of Belize’s land is protected and almost 14% of its waters, which includes the Belize Barrier Reef, are protected.

The Belize Barrier Reef is the 560 mile (900km) long Mesoamerican Barrier Reef System and the top tourist attractions in the country. 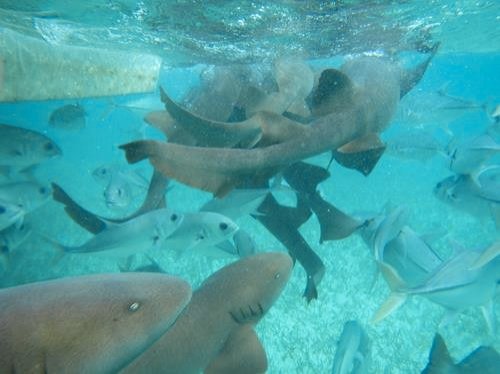 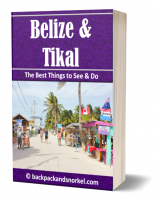 Our Belize & Tikal Travel Guide has detailed information about the individual destinations, links to their locations in google maps, reviews and websites (if available).

Belize has high violent crime rates which are mostly related to gang activity, like drugs and people trafficking.  Fortunately, the vast majority if these activities occur in Belize City, which is not of interest to tourists anyway.

Other things to know:

The weather in Belize is subtropical and typically a bit more extreme than the weather in south Florida, meaning that it will be hotter in summer and colder in winter.  The typical climate you can expect in Belize is listed below: 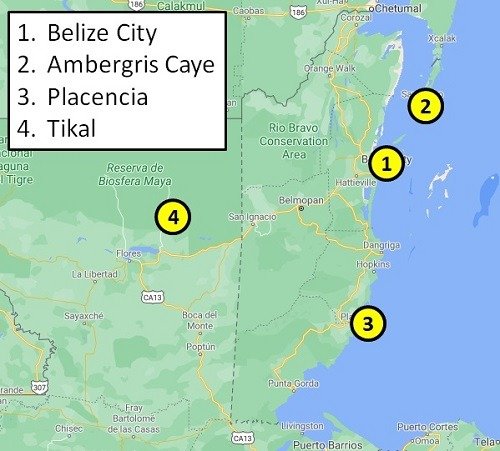 Here is the climate you can expect in Belize City: 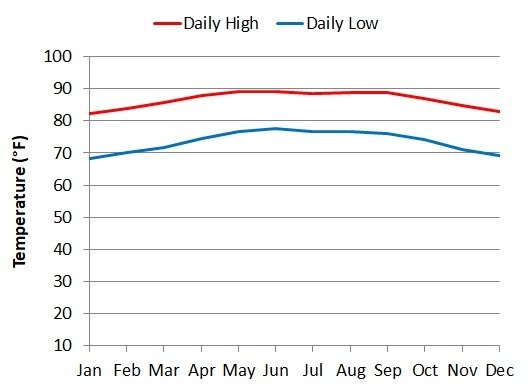 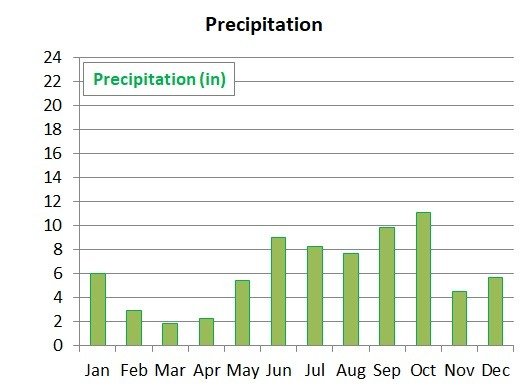 Here is the climate you can expect in Ambergris Caye: 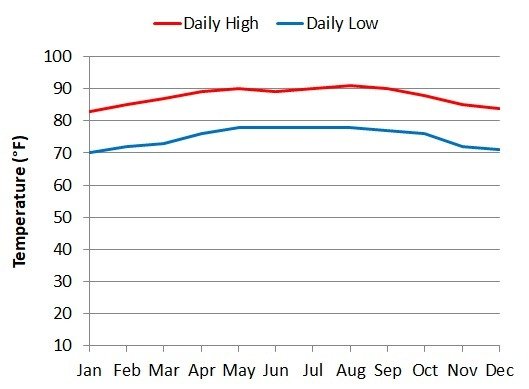 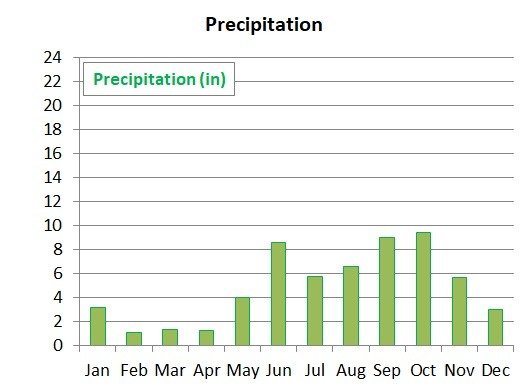 Here is the climate you can expect in Placencia: 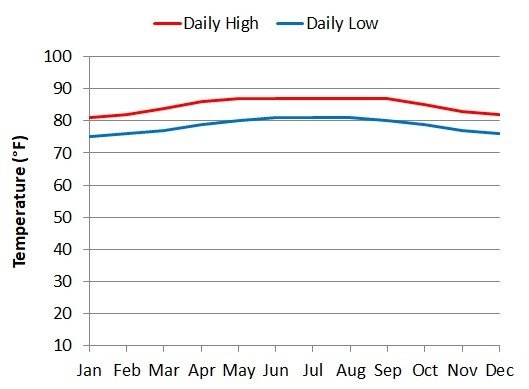 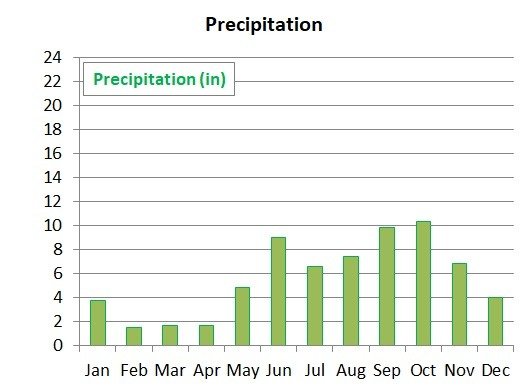 Since this trip involves Tikal (Guatemala), here is the climate you can expect in Tikal: 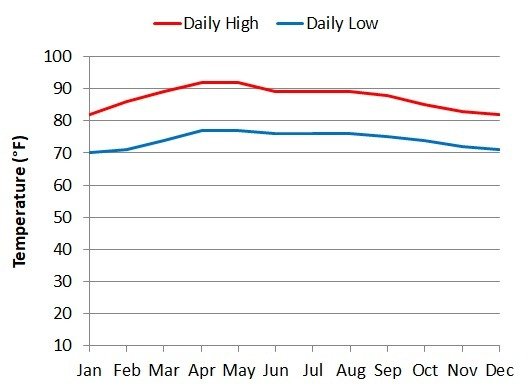 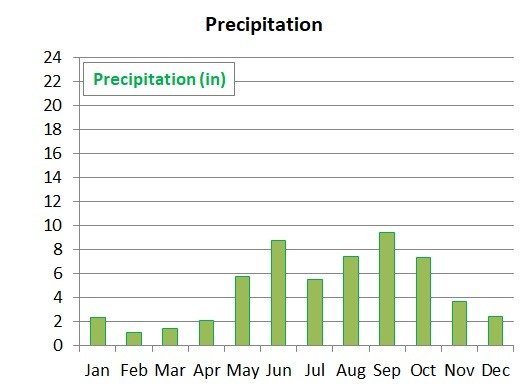 Two weeks are plenty to get a good feeling for the country.  Unless you want to constantly travel, you will not see all the highlights of this beautiful country.  We decided to take it slow and throw in a several beach days and, since we are in this part of the world already, we added one day for Tikal across the border in Guatemala.  Tikal is one of the major indigenous sites in the world and not to be missed.

If you want to see more of Belize, here is a list of other destinations that are worth a stop.  They are, however, not covered in this guide, but I am providing links to other websites so that you can get more information: Corozal, Orange Walk, Belmopan, San Ignacio, Caracol, day trips to some of the atolls and the Blue Hole, Dangriga and Hopkins.

Here is our itinerary:

With a population of 57,000, Belize City is the largest town in Belize, but it is not the capital.  This honor belongs to the city of Belmopan which lies about 50 miles (79km) to the south-west.

Belize will most likely be your entry point into Belize.  Planes from international locations land and take off at Philip S. W. Goldson International Airport (BZE) which lies about 9 miles (14km) north-west of the city.  Cruise ships anchor outside the Port of Belize (south of downtown) and passengers are tendered to the port.

We chose the Best Western Plus Belize Biltmore Plaza as our hotel as it lies on the Northern Highway which will bring us to Altun Ha the next day, because it is only a short taxi ride from the Ocean Ferry Belize ferry pier (map) which will bring us to Caye Caulker in two days and because it is in walking distance to several restaurants and stores incl. a supermarket.  The Belize sign (map) is about 1.1 miles (1.8km) away. 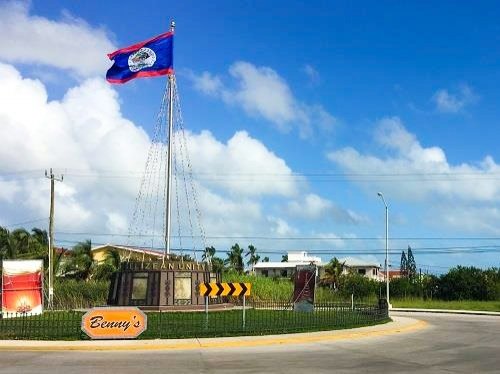 A taxi from the airport costs US$25, you pay the same when you ask the hotel shuttle to pick you up.  The staff is extremely friendly and helpful - they fixed a coaster wheel for free that broke off one of our suitcases.

The hotel was very clean and the hotel furniture showed very few signs of wear.  Our room, room 114, had a flat screen TV, a coffee maker, phone and a fridge (that did not work).  The staff brought us ice to keep our food cool. Our room was close to the pool.  The room had a queen size bed and was very clean.  The bathroom had a shower, shampoo and soap were provided.  For ventilation in the bathroom, one has to open the window which unfortunately ensures that the room will get very hot during the day.  The A/C in the bedroom was quiet and efficient and the hotel has free wifi.

The hotel has a restaurant that we did not use; prices appeared to be similar (maybe a bit lower) than in similar hotels in the US.  There was no free breakfast included in our room rate.

Across the street and within a 3min walk are 3 restaurants that are open for lunch and dinner.  There is a supermarket within a 5min walk - you walk along the side of the road; there is no sidewalk.

Long story short: This is a very nice and clean hotel close to the water taxis. I would stay there again.

We stayed in this hotel for 1 night before our flight back to the US.  The hotel is very conveniently located only 2.7miles or 8 minutes from the airport.

The owners are very nice and sociable people who greeted us by name when we arrived.  The hotel is gated and parking is available on the premises.  The hotel has a social area on the second floor where the owners fix breakfast and dinner (neither were included in the room rate) and there is also a cooler with beverages (beer, soda, water).

We had room number 3.  This room on the first floor was spacious, had a kitchenette and a large bathroom with a big tile shower and a rain showerhead.  The sink was of beautiful modern design.  Complimentary soap, liquid hand soap and 2 bottles of water were provided.  The kitchenette had a microwave, coffee maker, toaster oven, portable electric cooktop and fridge.  Complimentary coffee powder, sugar, salt and spices were provided.

The beds had comfortable foam mattresses and there was a night stand with table lamp next to each bed.  There was also a small glass table and a small TV on a wooden shelf in the room.  A wooden closet for clothes is located near the kitchenette.  Hangers are in the closet and in the bathroom.

The owners have 3 extremely friendly dogs and a cat that roam free on the premises.

Long story short: This is a very nice and affordable hotel close to the airport. The owners are very nice and sociable people and I can only recommend this hotel. I would definitely stay there again. 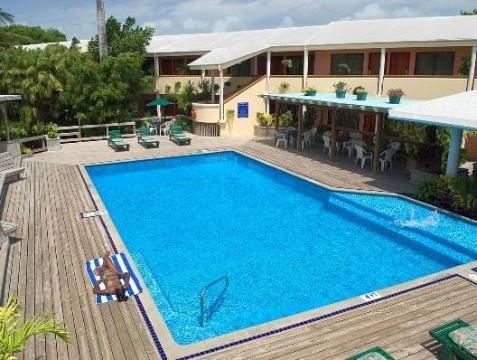 What is the best time to visit Belize?

The weather in Belize is subtropical and typically a bit more extreme than the weather in south Florida, meaning that it will be hotter in summer and colder in winter.

What is the most visited Mayan site in Belize?

Altun Ha is the most visited Mayan site in Belize, particularly due to large amounts of cruise ship passengers that come here when a cruise ship anchors in Belize City.
Here is what youc an see in Altun Ha: https://backpackandsnorkel.com/Belize/Altun-Ha/

What can I see in Altun Ha?

Altun Ha is the most visited Mayan site in Belize as it is easily accessible from Belize City.  Groups A and B form the central precinct of Altun Ha.  Together with groups C, D, and E they form the urban area and zones G-N the suburbs.  The city even had two causeways.  One of them was likely a raised walkway through a swampy area that may have been impassable without it.
The oldest structures are located in zone C, which you cannot visit.
More details can be found here: https://backpackandsnorkel.com/Belize/Altun-Ha/

What are the best things to see and do in Caye Caulker?

First of all: Relax.  Caye Caulker is a very laid back island.  Explore the downtown area on foot, go swimming at the Split and go snorkeling on an excursion to Shark Ray Alley, Hol Chan Marine Reserve and Coral Gardens.   Here is more information: https://backpackandsnorkel.com/Belize/Caye-Caulker/

How can you get to Caye Caulker?

Take a cab to the water taxis at Ocean Ferry Belize ferry pier in Belize City and buy your tickets at the end of the pier (last office at right).  See also: https://backpackandsnorkel.com/Belize/Caye-Caulker/

What is the best route to drive from Belize City to Placencia?

You have two options to drive from Belize City to Placencia:

Is there good swimming in Placencia?

Placencia is one of the few places in Belize where you can swim off the beach without the need to wade through lots of sea grass and that makes it a favorite beach destination for tourists.  https://backpackandsnorkel.com/Belize/Placencia/#PlacenciaVillage

Can I drive a rental car from Belize to Guatemala?

We chose Crystal as they are one of the few (if not the only) car rental company that allows their cars to be taken across the border into Guatemala which was important as we were going to Tikal in Guatemala later on.
Crystal asked us for our passports and drivers licenses and made copies that the Guatemalan authorities require.  Then they gave us 2 stacks of paperwork – one stack for the Guatemalan authorities and one stack for us, with the receipt and a notarized certificate that states that we can take the car across the border.  Crystal also provided us with a cell phone and cell phone car charger just in case we needed to contact them.
https://backpackandsnorkel.com/Belize/Placencia/#Crystal

What is the procedure to bring a rental car from Belize to Guatemala?

Crossing the border is a fairly complicated procedure.  Make sure that you have enough cash on hand as nobody here accepts credit cards.  Please be advised, that the prices are subject to change and may now be higher.
A detailed description of the border crossing with a rental car is shown here: https://backpackandsnorkel.com/Guatemala/Tikal/#Border