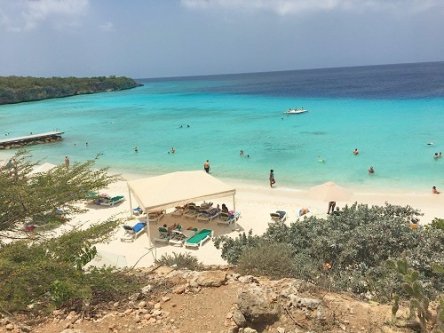 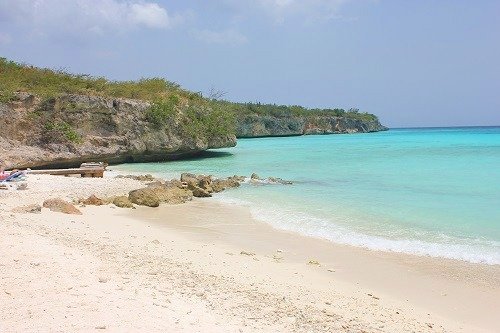 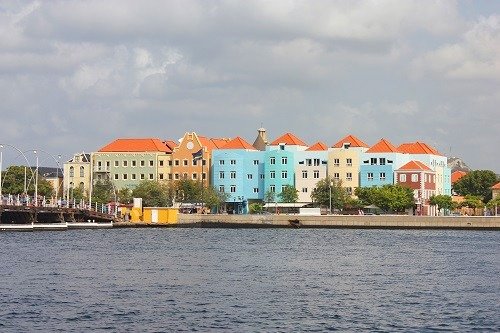 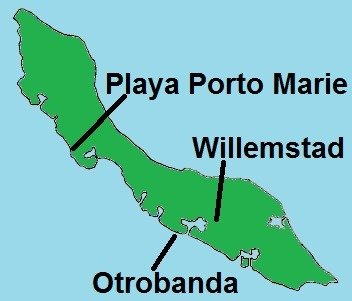 Close to the cruise port in Willemstad's Otrobanda neighborhood is the Rif Fort, which is a 19th-century fortress that was built at the entrance of the St. Anna Bay to protect Curacao from pirates and other enemies.  It has 5ft (1.5m) thick coral walls and used to have 56 cannons.  Today, Rif Fort is a trendy tourist attraction with restaurants, bars and live entertainment.

Walk towards the floating Queen Emma Bridge and enjoy the view of the pastel colored houses of the Punda waterfront on the opposite side of the river.  When we first walked to the floating Queen Emma Bridge (also called “The Swinging Old Lady”) we were surprised as we did not see it.  The reason is that it was reeled in to allow ships to pass.  After waiting a few minutes, the bridge was moved back in place and we crossed it to get to Punda.  This is also a good place to admire the huge Queen Juliana Bridge from afar.

On the Punda side, enjoy the pastel colored houses along the waterfront.  Then venture into the side streets and up and down Heerenstraat and Keukenstraat to see more painted houses, many stores and wall painted street art.

If you have time, visit the Mikvé Israel-Emanuel Synagogue which dates back to 1732 and is the oldest continually-used synagogue in the Americas.

One point not to be missed is Queen Wilhelmina Park with the huge CURACAO and DUSHI letters.  DUSHI has many meanings which vary a little on how the word is used.  As a catch-all phrase it is used to describe “all the good stuff”.  More specifically, it can mean “dear” or “sweetheart” or, to describe food, it means “delicious”.

Playa Porto Marie is one of the best beaches that I have ever been to. Admission is $3 per person; renting beach chairs is, I believe, $3.50 per chair. The sand is white and has stones and coral pieces mixed in with it. The water is turquoise and very good for swimming and snorkeling. There is a bar/restaurant and there are restrooms.
It is a little difficult walking into the water over the stones and coral pieces in some areas. Once you are a few feet in the water, the sand is nice to walk on.
If you don’t like to walk on coral pieces, you can either bring water shoes or use the pier, which has a ladder at the end, to get into the water.
There is also a swimming platform if you want to sunbathe in the middle of the water.
Snorkeling is very good; we saw some scuba divers, so I assume there is good diving, too. We saw some fish that I have never seen in other places in the Caribbean. When you get there, you will be blown away by the view from the parking lot – it looks just like paradise.
Playa Porto Marie is a comparably small beach, so it can be crowded when there are several cruise ships in port. 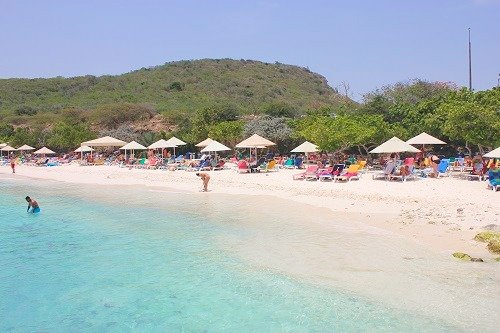 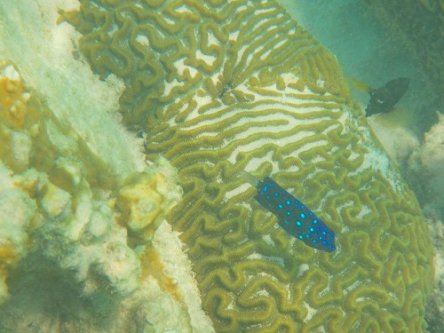 This Backpack and Snorkel Travel Guide (Curacao Purple Guide) provides information about the best things to do on a cruise to Curacao and ensures that you will be Making Memorable Moments on a relaxing vacation in Curacao.

If you are new to cruising, please check out Rudy's Cruise Guide for Beginners & Others.

Curacao is an island 40 miles (65 km) North of Venezuela and below the hurricane belt.  It used to be part of the Curacao and Dependencies colony (1815–1954) and with the dissolution of the Netherlands Antilles in 2010, Curacao became a country within the Kingdom of the Netherlands and is now officially called the “Country of Curaçao”.  The population is above 160,000.

The Arawak people, who were believed to have migrated from the Amazon Basin, were the first inhabitants of Curacao.  In 1499, members of a Spanish expedition were the first Europeans to see the island.

The origin of the name Curacao is not clear.  The most likely explanation is that the indigenous people on the island identified themselves the Curacao.

Another interesting explanation is that in the 16th and 17th centuries, sailors on long voyages would get deprived of vitamin C.  Apparently, some Portuguese sailors who were ill were left at to heal at the island that is now Curacao.  Upon return of their ship, they had recovered, probably after eating lots of fruits with vitamin C.   The Portuguese then started referring to this as island as “Ilha da Curação” (Island of Healing).

Curaçao had been ignored by colonists for quite some time, because it lacked gold.

The capital city of Willemstad was founded by the Dutch West India Company.  As it turned out, the natural harbour of Willemstad proved to be a great spot for trade and piracy.  Willemstad also became a center for slave trade.

A major slave revolt took place in 1795 where up to 4000 slaves revolted.  It took the slave owners about a month to suppress the revolt.

In the 18th and 19th centuries, Curacao changed hands a few times between the British, French and Dutch.  In 1815, the island got under Dutch control again and was incorporated into the colony of Curaçao and Dependencies.  Slavery was abolished in 1863.

The colorful houses, which are now a tourist attraction and helped make parts of Willemstad a UNESCO World Heritage site, began by then Governor-General Albert Kikkert passing a law that required all houses being painted in another color than white.  He claimed he was plagued by recurring migraine headaches, which were aggravated by the sun’s brilliant reflections off the predominantly white buildings.  Even though it was later discovered that Kikkert was a shareholder of the island’s only paint store, the tradition of having colorful buildings has lived on and have made Curacao’s Dutch and Spanish colonial architecture one of the most recognizable sights in the Caribbean.

What to see and do

Our plan was to see some sights in Willemstad and then visit a beach for sunbathing and snorkeling.  CLick on the map to see details in google maps. 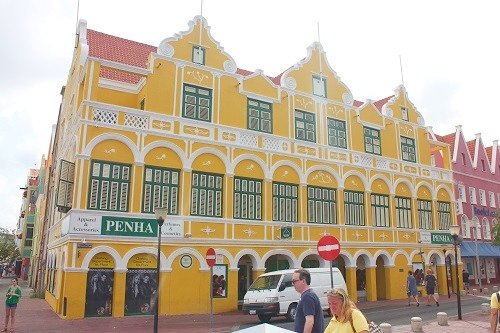 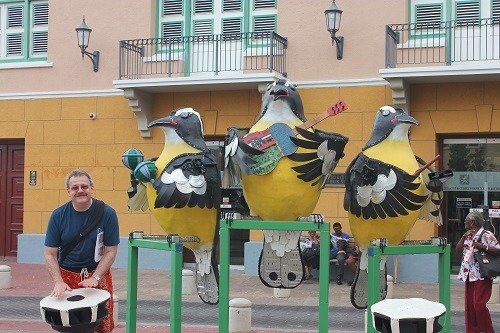 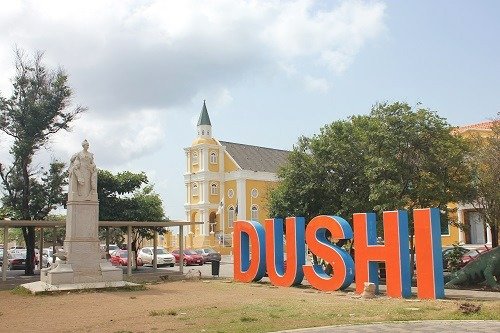 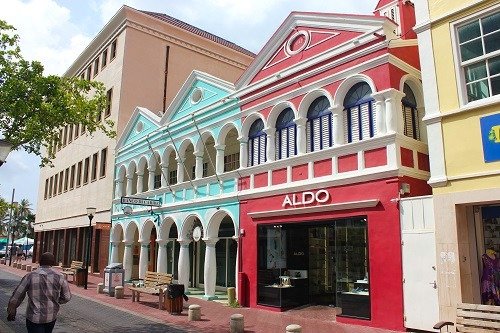 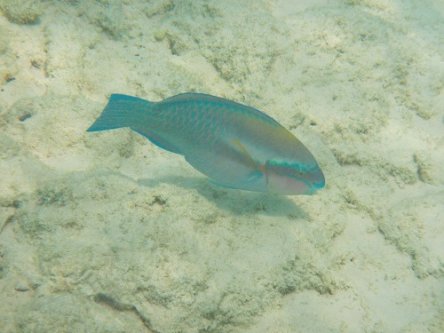 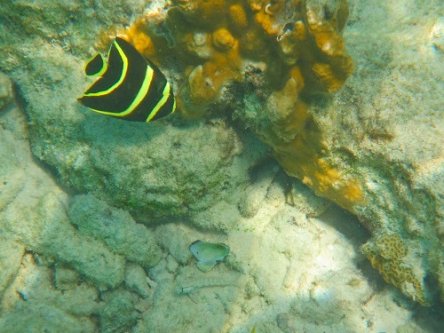 Upon popular request, pinterest users, please use these images: 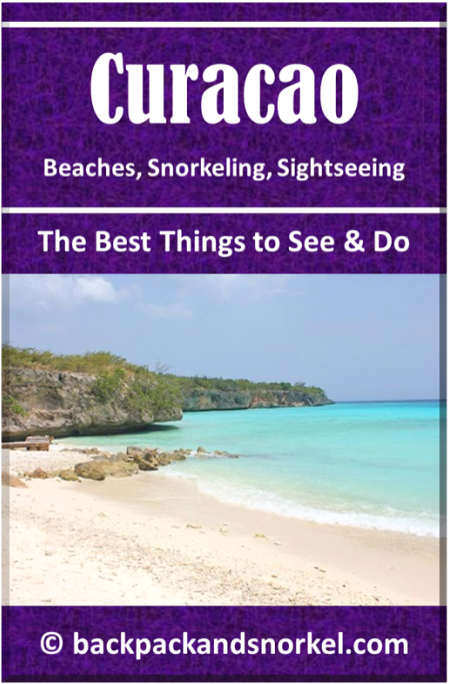 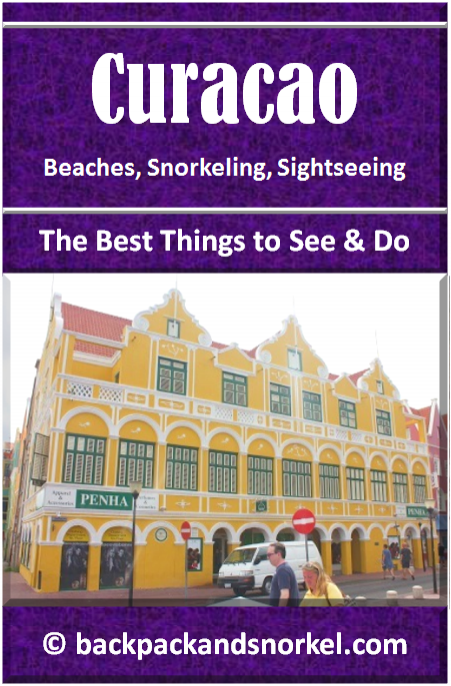 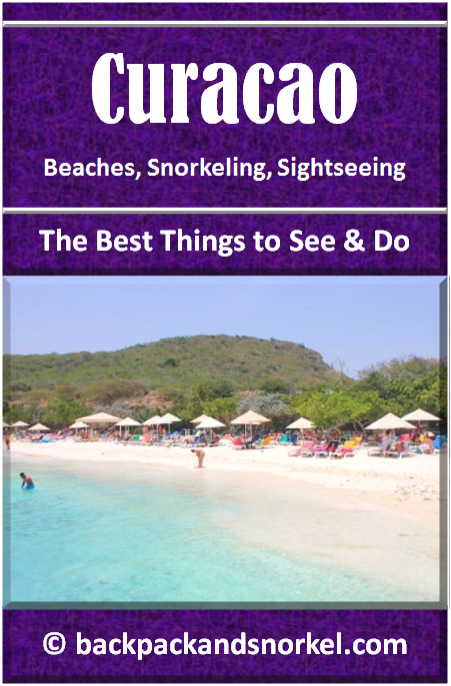 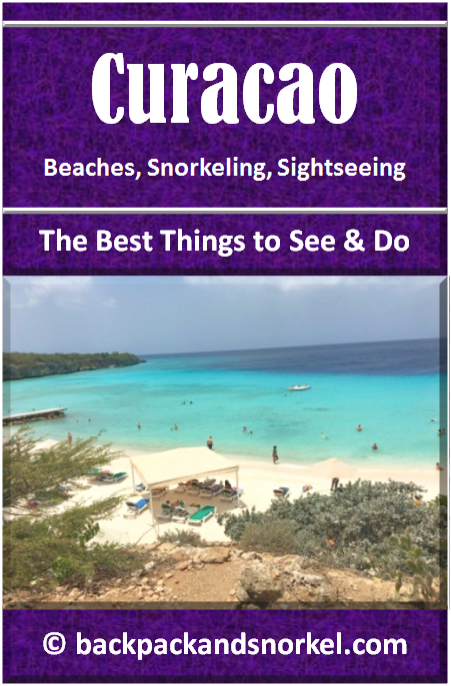 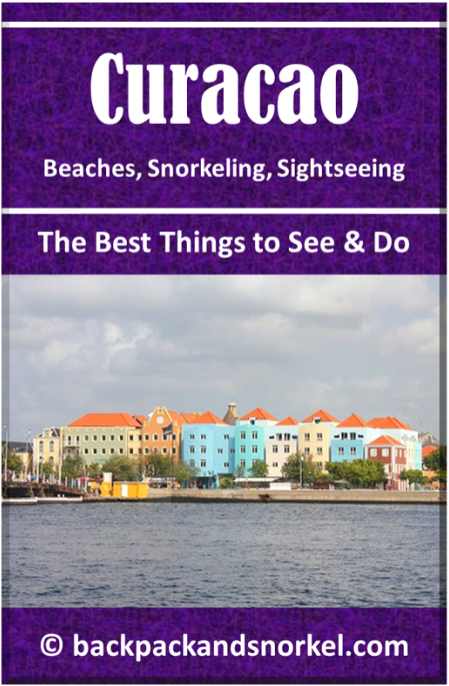 Did you know that Curacao has lots of beautiful Street Art?  And best of all, much of it can be found in Otrobanda, not too far away from the cruise port.