This Backpack and Snorkel Travel Guide (Martinique Purple Guide) provides information about the best things to do on a cruise to Martinique and ensures that you will be Making Memorable Moments on a relaxing vacation in Martinique.

Martinique is a Caribbean island that belongs to France and the primary language is French, but almost the entire population also speaks Antillean Creole, and the currency is the Euro.   Locals call the island "Madinina".  The population is approx. 375,000.

Christopher Columbus charted the island in 1493, and only landed here on June 15, 1502.  At that time, this island which was called "Jouanacaëra-Matinino" with Jouanacaëra meaning "the island of iguanas".  Columbus called the island as Martinica, which later became Martinique.

After being expelled off St. Kitts by the English, on September 15, 1635, the French governor of the island of St. Kitts and 150 French settlers landed on Martinique and claimed the island for the French King.

It did not take long for the indigenous Caribs to rise against the settlers in 1636, but the French successfully repelled them.  When the Carib revolted against French in 1658, the French killed and of them and expelled the survivors to Dominica and St. Vincent.

Martinique has changed hands several times between France and England.

England traded Martinique back to France after the Napoleonic Wars and the island has remained under French possession since then.

When Mont Pelée erupted May 8, 1902, it completely destroyed the capitol city of St. Pierre and killed 30,000 people.  The only survivor in the town of St. Pierre was Auguste Cyparis who was saved by the thick walls of his prison cell.  After the eruption, the capital was moved to Fort-de-France, where it still remains today.

Things to see and do

We wanted to do some sightseeing in Fort-de-France and then snorkel and sunbathe at a nice beach.  Originally, I had selected Anse Dufour for the great reviews, but I had also heard that it can be difficult and expensive to get there.  So, we decided for an alternative and that was to do our beach activities at Anse-a-L’Ane which can be accessed by an easy ferry ride from Fort-de-France. 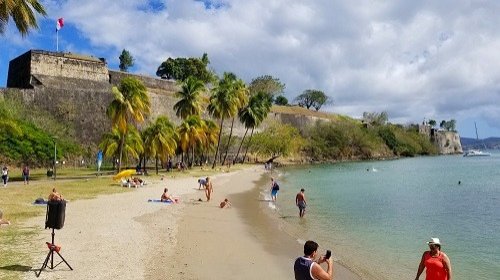 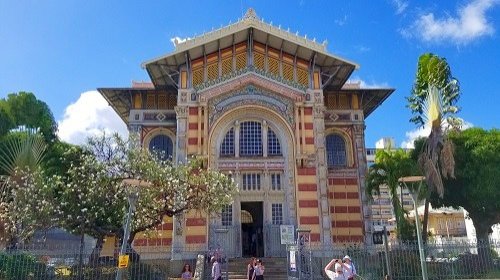 Just a few hundred feet to the East of the cruise terminal is the ferry terminal.  We took a ferry that first stopped at Anse Mitan and then continued on to Anse-a-L’Ane.  The ferry is a quick, reliable and affordable way to get to Trois-Ilets.  It stops at a dock right at the beach.

The sandy beach itself is bordered by forested hills to the right and left, it has a couple of buildings on it and a nice view of Fort-de-France across the bay.  Swimming and snorkeling are good. 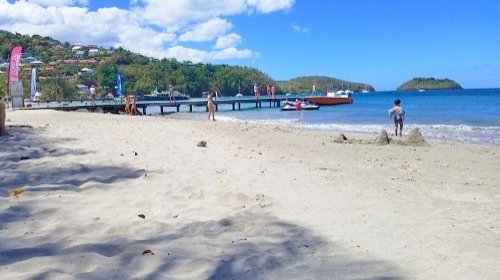 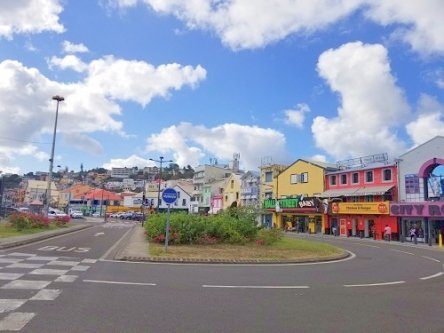 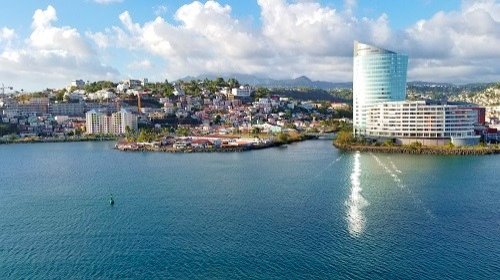 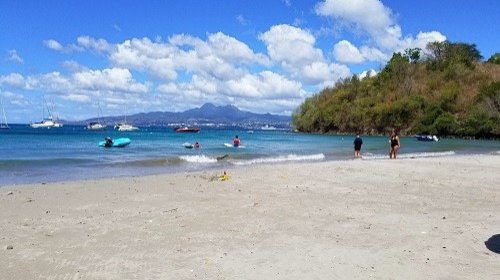 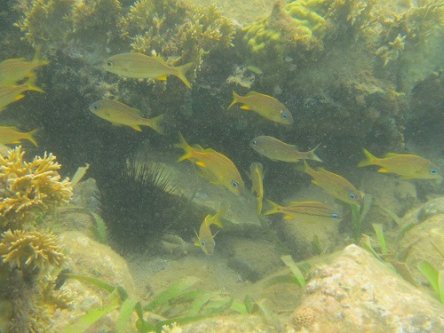 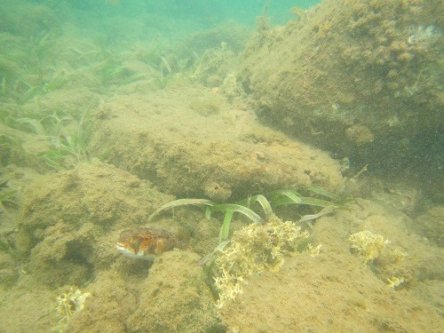 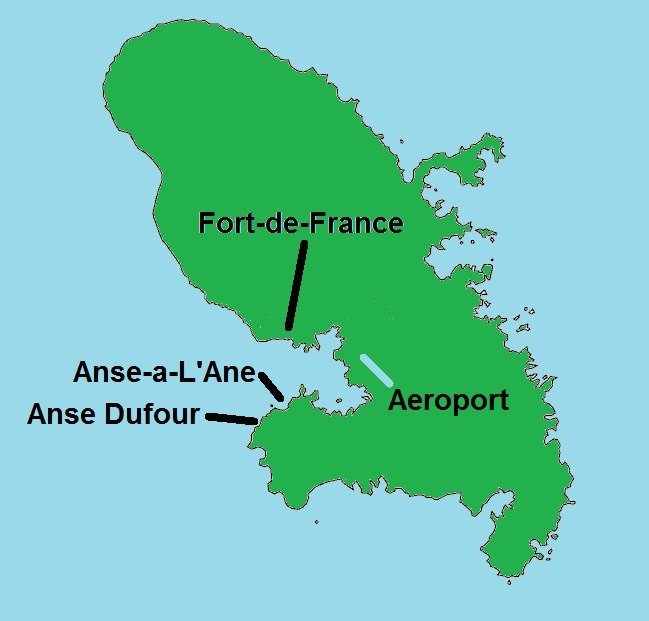 Fort St-Louis is a short walk away from the cruise port.  Originally built in 1637 as a wooden fort, it was enlarged in 1640 and became Fort St-Louis.  Today, it I a French naval post which can be visited Monday through Saturday from 9am – 3pm.  The fort was closed when we were there, so we only got to enjoy the majestic exterior. 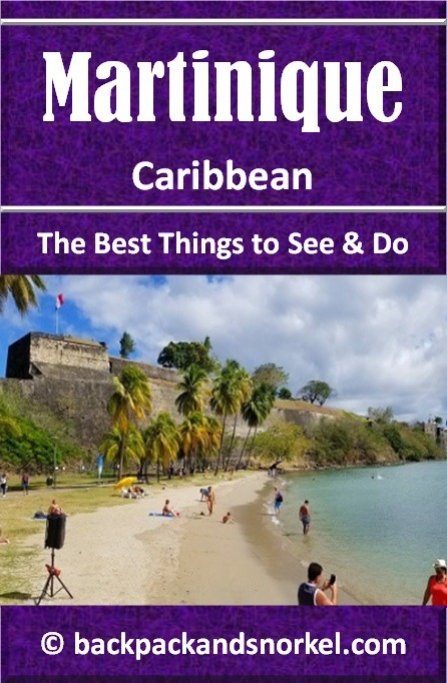 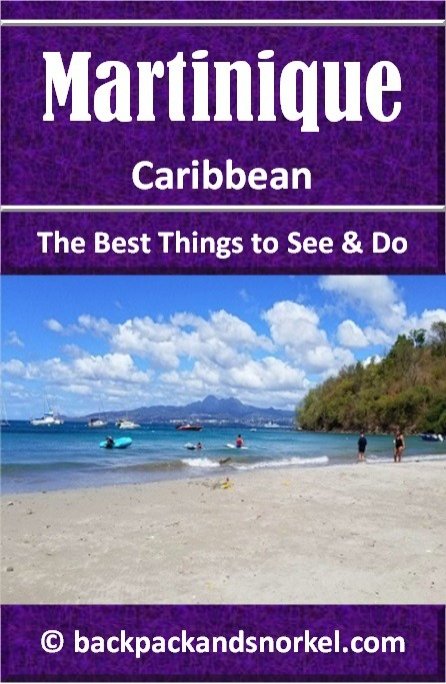 A few feet away from the fort is the park La Savane.  To the West of the park are souvenir and food stores that cater to tourists.  There a couple of statues, like the one of Empress Josephine, first wife of the Napoleon Bonaparte, and the one of Pierre Belain d'Esnambuc, who established Martinique’s first French settlement in 1635.

To the North West of the park is Bibliotheque Schoelcher.  This building in Byzantine-Egyptian-Romanesque style was designed in 1889 for the Paris Exposition by Henri Pick who was the architect of the Eiffel Tower.  In 1890 it was taken apart and shipped to Martinique to house the extensive book collection of Victor Schoelcher.  Schoelcher was appointed under-secretary of the navy in 1848 and elected to the legislative assembly in 1848 and 1849 for Martinique.  He is best known for his devotion to the abolishment of slavery around the world.  Bibliotheque Schoelcher is still operating as a public library. 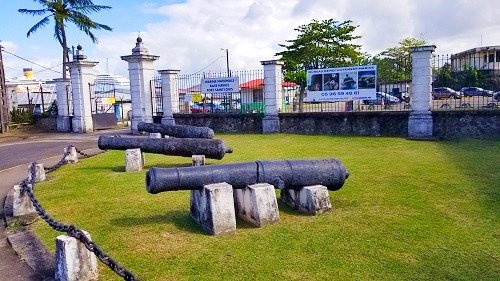 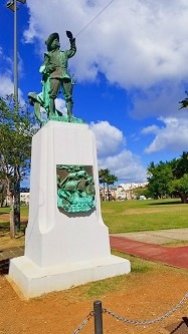 A few blocks to the South West lies St. Louis Cathedral with its white and blue façade.  This baroque church was also designed by Henri Pick.  Several former governors of Martinique are buried here.

Here are some more photos: 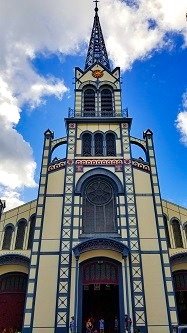 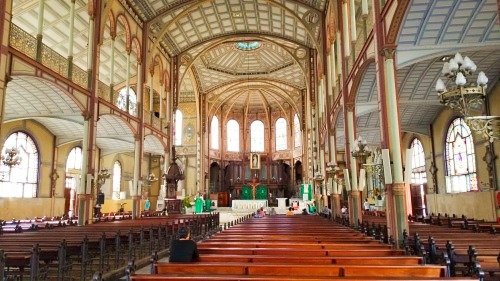 Did you know Martinique has some beautiful street art?