Tortola is the largest of the British Virgin Islands and the language is English and the US dollar is the official currency.

We decided to make this a beach day as Road Town, where Tortola’s cruise port is located, is not known for its beauty.

Tortola was devastated by hurricane Irma in 2017, but was nicely rebuilt from what we saw.

Although often stated incorrectly, Christopher Columbus originally named the island Santa Ana.  Later on, Dutch colonists called it “Ter Tholen” after a Dutch island.  After the British took over, the name evolved into “Tortola”.

As usual, we wanted to snorkel, swim and sunbathe.  Our two top contenders were Cane Garden Bay and Brewers Bay.  We decided for Brewers Bay as it seems to attract fewer visitors and apparently has the best snorkeling on Tortola.  Brewers Bay is just North of Cane Garden Bay.

To get to Brewers Bay, the taxi has to go down a winding steep road.  As a reward, you will find an almost white sand beach with turquoise water, forested hills, few people and very few buildings.  There were pelicans fishing and there was good snorkeling by the rocks to the South. 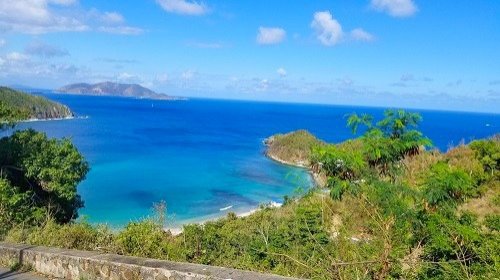 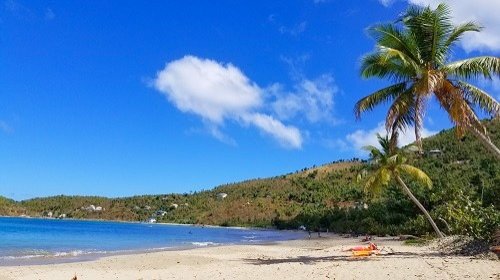 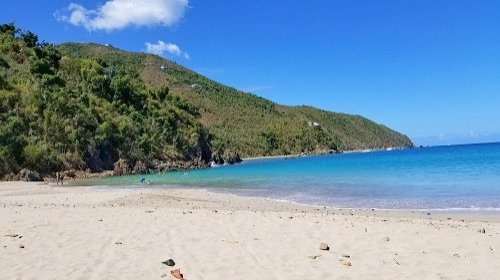 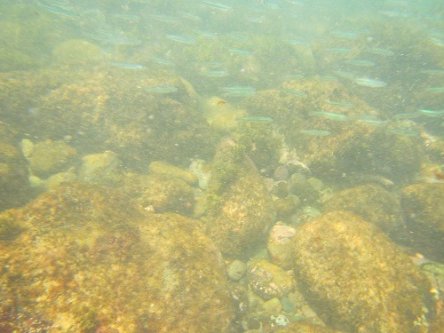 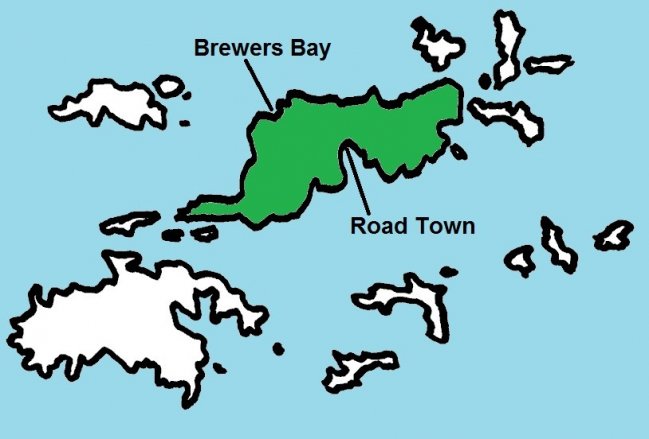