This Backpack and Snorkel Travel Guide (St. Croix Purple Guide) provides information about the best things to do on a cruise to St. Croix and ensures that you will be Making Memorable Moments on a relaxing vacation in St. Croix.

St. Croix is the largest of the US Virgin Islands in the Caribbean with a population of about 50,000 people.

Christopher Columbus landed here on November 14, 1493 and called the island Santa Cruz.  His crew was immediately attacked by the locals.  The Spanish never colonized the Islands, but by 1590 the island was uninhabited.  It was eventually settled in 1625 by mostly Dutch and English settlers.  Over the years, the island has changed hands several times until it was sold to the US by Denmark in 1916.  The inhabitants (“Crucians” or "Cruzans") became US citizens in 1927.

What to see and to do?

We arrived on a cruise (please see Rudy's Cruise Guide) for a day and our plan was to see some sights and then visit a beach for sunbathing and snorkeling.  The following is a short list of the destinations we were considering and the reasons why we decided on what we did:

The cruise ship dock is in Frederiksted, which is a small town with few interesting points.  Christiansted, which is a 45min car ride away, is a bigger city which many more attractions.

As this was our first stop on the cruise and we just came from cold and snowy Pittsburgh, we decided to do a walking tour of Frederiksted and spend the rest of the day on a beach.

We decided for Rainbow Beach as it is close to Frederiksted and would allow us to spend the most time on the beach.  Cane Bay is said to be more beautiful and have better snorkeling, but the waves and currents there are less predictable.  Buck Island was a close second, but the high cost and time to get there and back did not appeal to us. 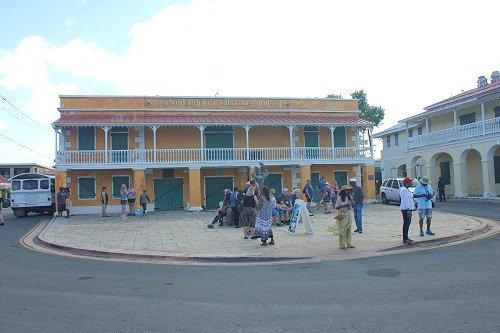 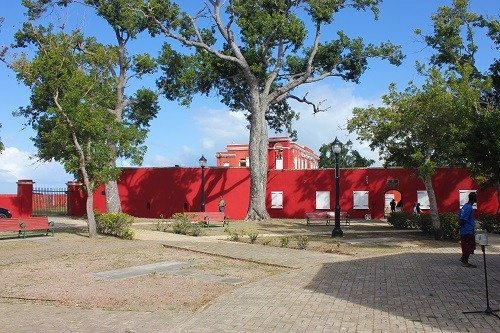 The Holy Trinity Lutheran Church, built in 1840′s, is the oldest church in Frederiksted.  The original staircase leading up to the church is in disrepair as a newer side entrance with fewer steps is now the main entrance to the church. 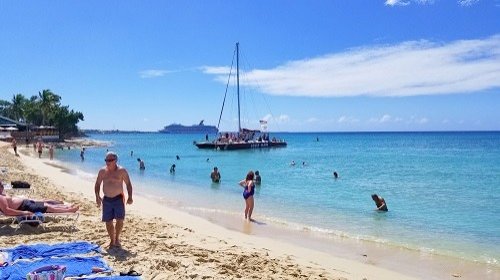 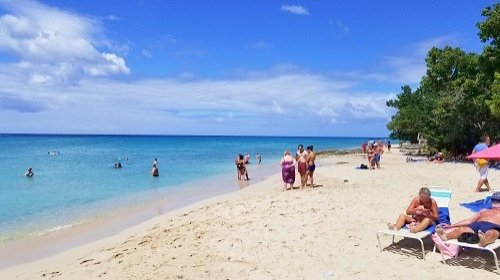 Fort Frederik was named for the Danish monarch Frederik V.  Construction of the fort started in 1752 and finished in 1760.  Besides its military use Fort Frederik was used as a police station and jail, court, fire department, public library and a telephone exchange.

The fort has a museum that you can visit for a small admission fee.

Just outside the fort, in Buddhoe Park, is the statue of Moses “Buddhoe” Gottlieb.

On July 3, 1848 the freed slave Moses Gottlieb also known as “General Buddhoe” led an uprising and Governor Gen. Peter von Scholten, fearing that they would burn the town to the ground, declared all the slaves in the Danish West Indies free.  This event makes St. Croix one of the first islands where slaves received emancipation and thus Frederiksted is sometimes called “Freedom City”.

Getting off the pier, you see the Oscar E. Henry Customs House in front of you and the red painted Fort Frederik to your left. 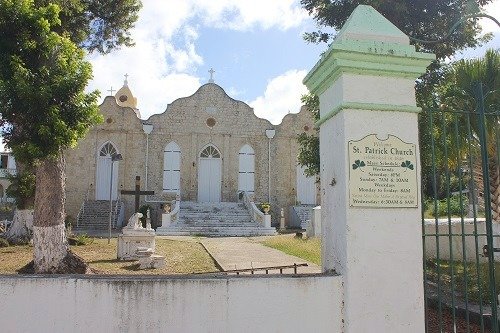 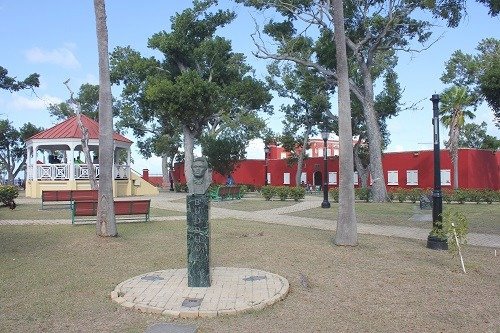 A few feet away and in front of the Oscar E. Henry Customs House across the street is the Freedom Fountain.  It was installed in commemoration of the 150th anniversary of the emancipation of the slaves in St. Croix.

In October 1878, the “1878 St. Croix Labor Riot”, locally also known as “Fireburn”, broke out and many buildings, but not the churches, were burned to the ground.

St. Patrick Roman Catholic Church was built in 1846 from limestone, coral, and molasses as other building materials were in short supply.  The outside of the church is original while the inside has been restored.

Rainbow Beach is 1 ¼ miles (2km) walk or taxi ride away from the cruise ship pier.  We could even see our cruise ship from the beach.

The beach is a nice white sand beach with turquoise water.  Even though it is not very wide and deep, it did not feel crowded when we were there.  Rainbow beach can be directly accessed from Highway 63 and it even has a restaurant on site.

The water was clear and snorkeling was best close to the rocks south the restaurant. 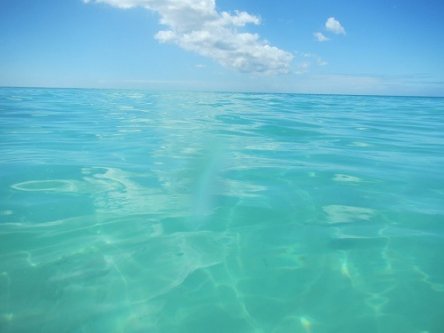 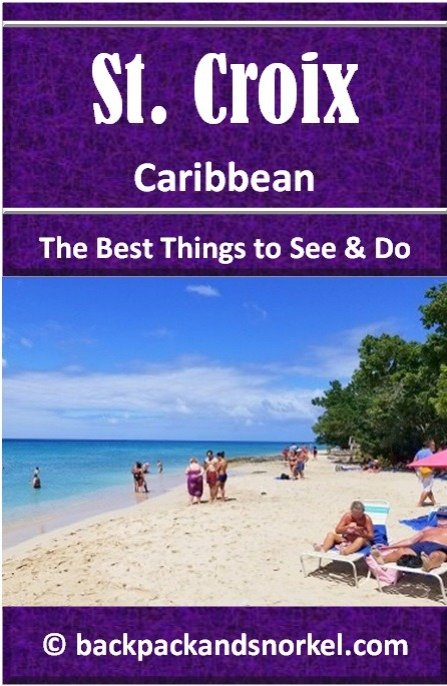 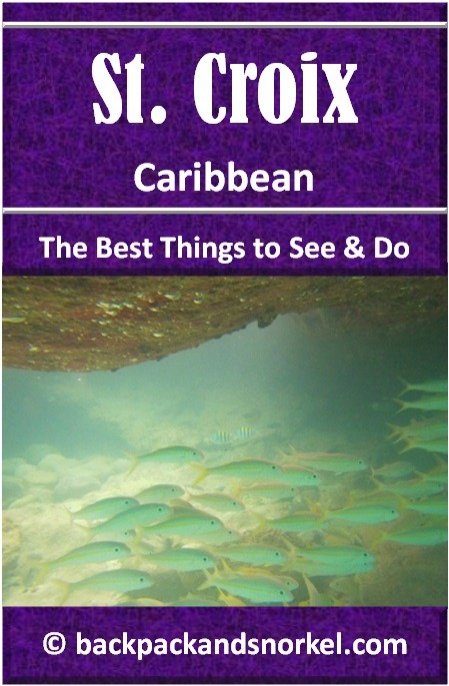 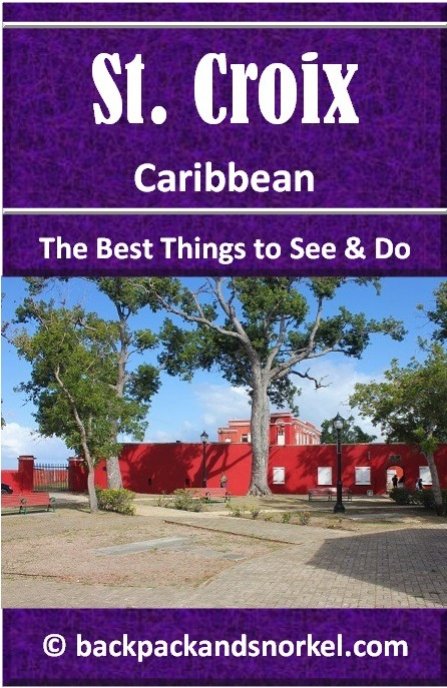 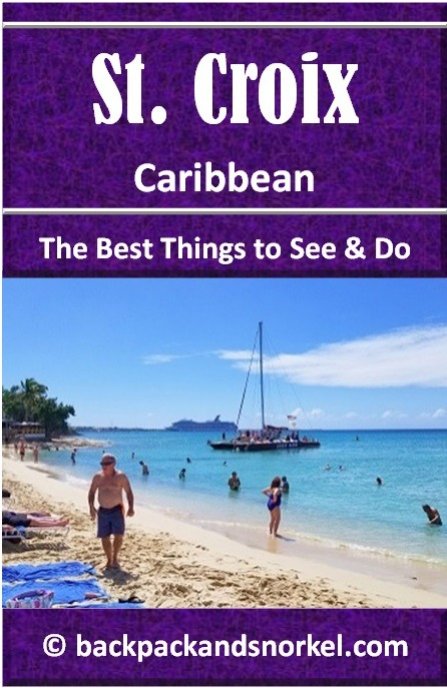